“I am not the first hero’s son to be born without any talent for warfare. The others all got along. So shall I. ”

Renarin Kholin is a lighteyes of the Alethi House Kholin on Roshar. He is the second son of Dalinar, and the younger brother of Adolin. This makes him the nephew to Gavilar and Navani and cousin to Elhokar and Jasnah. Since Dalinar's abdication, he is first in line to succeed Adolin as highprince of the Kholin princedom.[4][5] 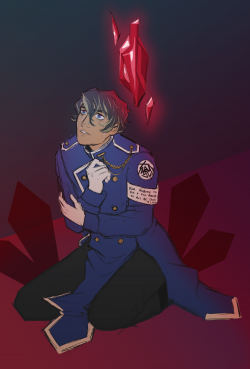 by ShiroXIX
Renarin and Glys
For more images, see /Gallery.

Renarin's appearance isn't well-described, though it can be assumed he bears some physical resemblance to Adolin. His hair color contains both blonde and black, like his brother's, though Renarin has more black than blonde.[6] He is also distinct in that he wears spectacles, though he eventually stops after Stormlight heals his eyesight.[7] Like all officers in the Kholin army, Renarin wears his uniform while out in public, though because of his physical weakness, it's never seen battle.[8] He has blue eyes.[9]

Renarin is soft-spoken and thoughtful, and tends to pause and consider responses before giving them. This can occasionally make him seem calculating or unnerving to those with whom he speaks, though those close to him know him to be otherwise.[1] He is shown to be non-confrontational, such as his attempts to avoid Wit's mockery through silence and his attempts to keep Adolin from starting fights. He has a small box that he fiddles with on occasion.

Despite his subdued personality, Renarin shows courage and a desire to be useful, even in situations where he does not have experience or extensive training, such as riding out to help when a chasmfiend attacks despite great risk to himself.[10] He is also the first to enter the ring to help defend Adolin in Shardbearer duel, despite his lack of training and being unable to put on his Shardplate in time. During this fight, he uses his Shardblade through the onset of a minor seizure and the screams of his shardblade. Through these events, Renarin shows that he values the lives of his family over his own, being willing to put himself in great danger if it might help the people he loves.

Renarin shows an inquisitive streak as well, especially in regards to fabrials.[11] On multiple occasions he inspects fabrials around him and asks questions about their functions. Despite this, he is not interested in joining the ardentia to become an engineer.[12] He seems to enjoy being knowledgeable upon specific subjects, and will speak about them if asked, for example, Adolin mentions that Renarin is very well versed in wines.[13] 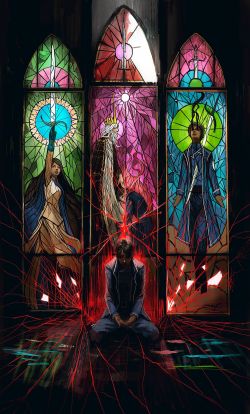 Renarin has a "blood weakness" (epilepsy), which prevents him participating in activities of great physical stress, including combat. The weakness affects him in episodes, during which he grows pale and his limbs go weak, to the point of trembling or possible collapse.[11] When speaking with Kaladin, Renarin reveals that his weakness is epileptic, with the seizures manifesting as a loss of control of a limb or a little bit of twitching, occasionally experiencing weakness along one side of his body. Kaladin guesses that these are myoclonic seizures.

After trading his Shardblade, Dalinar gave his Shardplate to Renarin, and Adolin later gave him a Shardblade he won in a duel.[4][14] Though he has had very little training with Blade and Plate up to this point, he undergoes training under Zahel. He also trains as a member of Bridge Four under Kaladin's leadership, though it is unclear if he is trained with or carries a spear. Renarin uses his Shardblade only under great duress or when asked directly, because, as a manifestation of his Nahel bond, he hears the screams of the Blade's dead spren when he holds it. After the Battle of Narak, he gives up his Shards, but has learned to manifest Glys as a Shardblade.[15]

He is also a surgebinder and a fledgling member of the Knights Radiant. He claims to be a Truthwatcher, bonded to a spren named Glys, but is not a true member of the order due to the corruption of his spren.[7] Renarin bonded Glys at some point before Adolin's final duel.[16] He has access to the Surges of Progression and Illumination, however, has been unable to successfully use the latter Surge. Glys's corruption has not barred Renarin from using Stormlight to surgebind or heal.

In the days leading up to the True Desolation, Renarin began seeing visions of the future which caused him to write glyph messages and numbers counting down to the arrival of the Everstorm. During the battle for Narak itself, he is taken by one of these visions again, and his participation in them seems to be involuntary, if not painful. Considering the Vorin sensibilities regarding men writing, it is likely that his writing of the glyphs are against his will also. Because he is seeing the future, an action explicitly forbidden by the Vorin church for ties with the Voidbringers, Renarin believes himself to be cursed by the Almighty.[17]

Renarin's visions manifest as fits, wherein he sees a number of scenes represented as stained-glass images, some of them underlined with numbers and words. [18] These visions can show both past and future events, even of situations where Renarin is not present at the time the event depicted happens.[19] However, the images of the future are not always right, and what actually happens can diverge from what Renarin sees.[20]

The visions are the result of Glys's corruption by Sja-anat prior to the formation of the Radiant bond. This changed Glys from the typical light-spot shape to a red snowflake, and has somehow introduced Odium's influence to the bond. How far this influence extends is yet to be seen.

Renarin grew up with his family in Kholinar as the second son of the highprince. When he was born, Dalinar had been away on a military campaign and did not respond to Evi's spanreed request for a name, and so Evi named her son herself. Renarin was a combination of the Riran name Re, and the Alethi words Nar ("like unto") and In ("to be born unto"). When Dalinar learned of this, he disliked the name, interpreting it as Like one who was born unto himself.[21]

Renarin is autistic[22], and also developed epilepsy (which the Alethi call "blood weakness") as a child.[23] His epilepsy made him unfit for combat, unlike his brother who had been undergoing sword training from the age of six.[24]

Renarin's role in the war for vengeance against the Parshendi is a minimal one, and this is a fact of which he seems very aware and unhappy. His father and brother are warriors and Shardbearers on the front lines of conflict, but there is very little for a second son to do who is not allowed to fight.[expand] 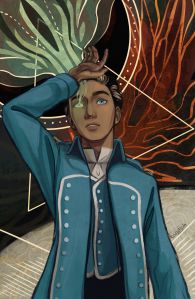 After the discovery of Urithiru, Renarin is one of the four founding members of the new Knights Radiant, along with Dalinar, Shallan, and Kaladin. He and Shallan are tasked with training and mastering their powers and becoming leaders for the coming Radiants. He is unconfident in his ability to do that, but agrees to it after encouragement from his father. Not much comes from this command, however, as most fledgeling Radiants in the city are based around Kaladin, or have competing interests to those of Dalinar like Malata. Renarin heals Adolin's hand with Progression while visiting their father's Ryshadium, and shows Adolin that he can produce a Shardblade. He makes Shallan uncomfortable on several occasions, but is able to sense the wrongness of the city just as she can. When Shallan discovers Re-Shephir in the lower levels, he comes along with Adolin and the rest of Bridge Four in his Shardplate to help fight off the Unmade. He is the one who discovers the slow moving blackness of the Unmade, although it is Lyn who announces it. He is extremely unsettled by the sight, not even responding to Adolin trying to pull him back to the rest of the group. Only when Teft calls him into formation like a superior officer does he respond and move. He heals Bridge Four as they get injured. He covers Adolin's back when they charge into the room with the gemstone pillar and holds his own while Shallan confronts Re-Shephir.

After Jasnah's return, Renarin attends a meeting of brightladies and artifabrians talking about the function of Urithiru and how the gemstone pillar might work. He shares the idea that the city might be one big fabrial rather than several, and is insulted by Janala, who calls him feminine. Navani starts to come to his defense, but Shallan, already vexed by Janala, jumps in instead to defend him. Renarin later thanks her and has a conversation with her about Jasnah, in which he gives Shallan the idea to go to Kholinar as part of the strike team as a spy. When the meeting resumes, Dalinar arrives, which gives Renarin the confidence to actively watch the rest of the proceedings. 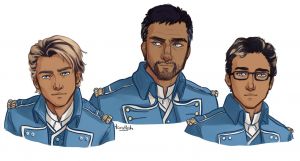 by taratjah
With his father and brother

Renarin is very close to Adolin, and respects him greatly. The brothers show a high level of trust and friendship. Renarin also has a very strong relationship with his father, and he wishes to be a son of whom Dalinar can be proud. He shows a high level of respect and obedience to his father's wishes, and occasionally acts as a mediator should his brother and father have a disagreement.

Outside of his family, Renarin is not shown to have many relationships, however the King's Wit has taken particular note of him. Wit teases Renarin whenever they meet, though it is good-natured, and Wit tells Dalinar that he teases Renarin to try to help him overcome some of his nervousness and shyness.

Despite the imminent possibility of her becoming his sister-in-law by marrying Adolin, Renarin has very few interactions with Shallan Davar until the Battle of Narak. During the battle he is taken by a vision while working with Shallan, and she regards him as an annoyance who gets in her way.

This article is still missing information. Please help The Coppermind by expanding it.
Retrieved from "https://coppermind.net/wiki/?title=Renarin_Kholin&oldid=125058"
Categories: