“I will bear the awful burden of being the most wonderful of the gods. ” 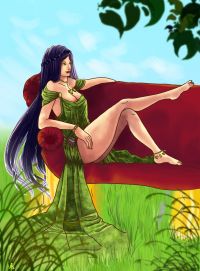 Blushweaver is considered the epitome of beauty. She has glossy black hair, pale skin, dazzling eyes, red lips, and a lusciously curvaceous body.[5] Though Mercystar is built more heavily and Blushweaver thin, both are considered to have a godly beauty.[6] Since Returned look the way they believe they should look, Blushweaver therefore looks like what she perceives to be the ultimate in honest beauty.[7] Her perceived perfection has given her a vain and narcissistic attitude. She expresses disgust for the appearance of ordinary people, jokes that bad fashion sense is worse than murder, and states in jest that attention should always be on her. [8]

Blushweaver wears little clothing, often appearing in revealing gowns of her colors, green and silver. She is often seen in seductive poses. Her personality is centered around seduction, as she propositions Lightsong on several occasions and often talk about her personal relationships, with fellow Returned and mortals, including her own priests. [5]

Like most Returned, Blushweaver has become decadent due to the nature of the Court of Gods: a group of servants follows her wherever she goes, meeting her every whim. This has made her somewhat lazy and capricious; despite this, she is determined to improve the fate of Hallandren and takes her role as a god seriously enough to expend great effort to control the Hallandren military in order to preserve Hallandren.[5][9] In no small part due to the length of her rule, she has become "one of the most dynamic figures in the court."[10]

“They hold every single pass to the northern kingdoms! Every workable copper mine! They have military garrisons within striking distance of T’Telir! And they still claim to be ruled by the rightful kings of Hallandren! ”

—Blushweaver to the Court of Gods[11]

Blushweaver directly urges Lightsong to action.[11][6] When he suggests that they just allow the universe to take its course, she tells him to "fight it,"[12] suggesting that she is not as lost as some of the other gods to boredom and indolence. She is witty and enjoys verbal sparring with him as well.[13] Lightsong additionally states that she is unlikely to engage with him without an ulterior motive, as her lengthy fifteen years as a Returned has made her incredibly wise and crafty.[5]

When Blushweaver first Returns, she is unhappy with her title of "the Honest." She considers pursuing a reputation of honor and justice, but decides that a persona as the goddess of love and romance feels more natural to her and will lead to greater power. This is now how she views herself.[13]

As a Returned Blushweaver has a Divine Breath which gives her the benefits of being on the Fifth Heightening. This includes:

She is a skilled negotiator and politician, as demonstrated by her ability to convince other Returned to place her in control of half of the country's Lifeless military forces.[8]

Her presence on the Court of Gods as a Returned grants her a palace, at least 30 servants, a high priestess, and 6 lesser priests.[5] 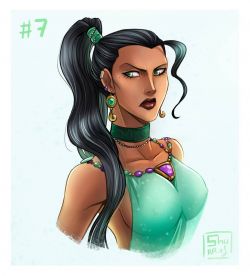 Before Blushweaver's Return, she was a very well known and powerful merchant in Hallandren.[5][14] She was assassinated after exposing a group of dye merchants she worked with for their untrustworthy, deceptive, and criminal practices; this was the basis of her original name upon her Return.[14]

She Returned in order to attempt to stop the invaders she saw taking T'Telir after Bluefingers' revolt in her vision.[14] She was named Blushweaver the Honest by the Iridescent Tones, but in her first year as a Returned successfully campaigned to change it to Blushweaver the Beautiful.[13]

“By inviting that woman into our city, we may have initiated the end of Returned rule in Hallandren. ”

When Blushweaver Returned, she was given a seat on the council of social ills, where she weekly participated in important votes.[8] She was one of the oldest living Returned during the events of the Pahn Kahl rebellion, having Returned about fifteen years previously.[5][11]

Blushweaver, aware of the subtleties of politics, was very active in trying to defend Hallandren and their way of life. To this end, she had spies in Idris, seeded the crowds at Court Assemblies with people outspoken in support of war,[11] and lobbied the gods who had been assigned military responsibilities and therefore held the Command phrases for the Lifeless armies. She promised to vote however Hopefinder - one of the four Returned who held Command phrases - wished, and in exchange he gave her the security phrase to his portion of the army.[8] Mercystar also agreed to give up her Lifeless troops thanks to Lightsong's unwitting help when he investigated the break-in at her palace.[8] Though Blushweaver had a very warm relationship with Lightsong himself, he refused to give her his Lifeless commands; she also failed to convince Allmother to part with her pass phrase.[4] Still, after spending her efforts on those four Returned she eventually held the Command phrases for half of the Lifeless army.[15]

Later, Blushweaver was kidnapped, taken down to the tunnel system below the court, and tortured by a group of priests to force her to give up her Lifeless Command phrase. The false priests, in truth Pahn Kahl rebels, later slit her throat to show Lightsong how willing to kill they were. This eventually won the rebellion control over the entire Lifeless Army, which they sent up to Idris.[1]

Blushweaver would be pleased with how the rebellion attempt ended, though it cost her her life.[14] 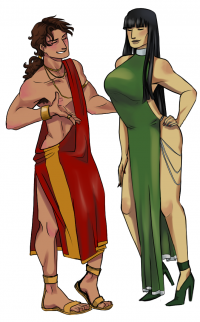 “I trust her as much as I trust any other Returned. But if war does come, then she’ll quickly become the second-most-powerful person in the kingdom. ”

Blushweaver's most notable relationship as a Returned is with Lightsong. They enjoy each other's company and look forward to their verbal sparring, though they also care for each other more deeply. While Blushweaver would like to become involved romantically, Lightsong rejects her advances.[5] She tries to get Lightsong on her side regarding war with Idris, but he isn't able to bring himself to trust her completely and so withholds his and Allmother's Command phrases from Blushweaver.[15] The Pahn Kahl rebels kill her in the tunnels because they suspect Lightsong loves her and want to make an impression on him.[1]

Inhanna is Blushweaver's high priestess, the one who delivers her votes and argues in court on her behalf.[11][3]

This article is still missing information. Please help The Coppermind by expanding it.
Retrieved from "https://coppermind.net/wiki/Blushweaver?&oldid=158051"
Categories: