“Keep your part of the bargain. ”

—Vahr, asking Vasher to kill him[1]

Vahr is a Pahn Kahl rebel leader on Nalthis.[2]

Vahr's skin was pure tan. Before his capture, Vahr had been a plump man.[1] However, after the imprisonment and torture he had grown painfully thin, and his body was covered in bruises, burns, and cuts. His eyes also took on a haunted look.

Vahr's personality too changed with his capture.[1] He became harder and more emotionless, something Vasher was finally able to identify with.

Vahr is an Awakener of the Fourth Heightening.[3] This grants him:

Vahr spent his early life working long hours for little pay aside from food on the dye fields surrounding Hallandren.[3] During that time he spent at least a decade as a revolutionary, trying to convince his fellow workers to rebel.[4]

About five years before Bluefingers' rebellion, Vahr had an idea.[3] He thought that if he could convince his fellow workers to give him their Breath, he could use its power to start a rebellion against the overseers on the dye fields. As these Breaths came from like-minded, rebellious people, Vahr's determination and resolve were strengthened.[5]

At this point Vahr attempted to raise a Pahn Kahl army to rebel against Hallandren itself.[6] He received financial support from Hallandren's rival trading partners, possibly including Tedradel.[4] Before long, Vahr had become a hero to the workers in the outer flower plantations.[3]

However, Vahr received support from local rebellious factions as well. He sought the help of Idrian crime lords, such as Rira, Ashu, and Paxen.[7] They supplied Vahr with money to feed his army, despite the fact that they did not like that he was not Idrian. Due to this, they were not particularly loyal to Vahr's cause; they were mostly interested in increasing their wealth and influence.[3] Another strong, if weaker, ally to Vahr's rebellion was the Idrian crime lord Grable.[8]

Vahr was also supported discreetly by Lemex and the Idrian royal family.[2] Dedelin hoped that Vahr's rebellion would cause Hallandren to focus on the Pahn Kahl and would alleviate rising tensions between Idris and Hallandren.[6] At some point during this time period, Vahr met Vasher, but the two had little in common.[1]

Unfortunately, Vahr's newfound power and notoriety would end up working against him. His hero status among the dye workers drew the attention of the Court of Gods[3] While the court considered him to be a fool who posed little threat to Hallandren or T'Telir,[9] they were still interested in capturing him.

Bluefingers, whose own plans for rebellion were already in motion, was irked by Vahr drawing attention to the dissatisfaction of the Pahn Kahl.[10] Bluefingers then leaked information to the Returned which led to Vahr's capture. Vahr was imprisoned in the God King's dungeon, underneath his palace.[1]

Vahr was kept in a special cell for Awakeners.[1] The walls had been drained of all color, and he was gagged and hung by his arms from the ceiling with metal chains so he had no ability to Awaken anything. Vahr's Breath was so valuable that the government of Hallandren did not want to execute him before he gave it to them. There they spent two weeks torturing him by beating, burning, and cutting him.

As Vahr's Idrian supporters had never been terribly loyal, they quickly abandoned the cause when he was captured.[3] However, a few, like Grable, remained loyal to Vahr despite his imprisonment.[8] Vahr's army was dispersed, but many still wished to see Hallandren overthrown.[2][6] 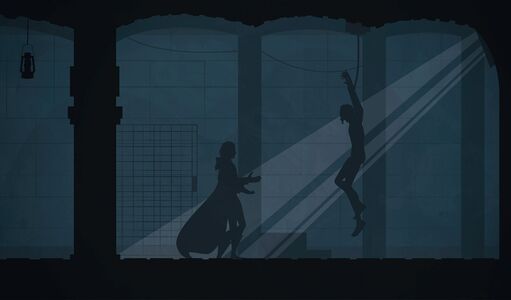 Upon hearing of Vahr's capture, Vasher saw an opportunity he had been waiting two years for. He needed more Breath to continue to live much longer as well as to fight. Vasher picked a fight at a bar and punched a priest, landing him in the God King's jail awaiting execution. Vasher Awakened a small man of straw to fetch him the cell keys after Nightblood disposed of the guards. He then went to Vahr's cell and offered to kill Vahr in exchange for Vahr's Breath. After Vasher pointed out that Vahr was unlikely to stand much more of the God King's torturers and promised that Vahr's enemies would not get the Breath, Vahr acquiesced and gave Vasher the Breath. Vasher then Awakened a scarf, used the command "Strangle Things", which choked Vahr to death.[1]

While Vahr ultimately failed in his goal to overthrow the government of Hallandren, the people did not forget his promises. When Vivenna was unknowingly fomenting insurrection, the memory of Vahr's oaths was still fresh in their minds, so they listened and became more rebellious.[11]

However, the Idrian crime lords had lost a lot of money to Vahr's failure,[3] and were hesitant to listen to her proposition, so Denth lost their support in his quest to get Idris and Hallandren to go to war with one another.[12] Denth did however have the men attacking merchant caravans disguised to appear to be members of Vahr's broken army.[3]

Vahr's defeat made Hallandran focus more on their enemies, primarily Idris, so relations deteriorated even further. This also contributed to King Dedelin's decision to send one of his daughters in fulfillment of his contract with Susebron.[6] Idris's main general, Yarda, hoped to rile up whatever remained of Vahr's rebel army, as a few still remained.[2]

This page is probably complete!
This page contains most of the knowledge we have on the subject at this time.
It has yet to be reviewed.
Retrieved from "https://coppermind.net/wiki/Vahr?&oldid=159421"
Categories: