In each book of The Stormlight Archive, the titles of the five parts form a ketek which is revealed with context as the book's endnote.

—A ketek by an illiterate dying Herdazian, collected by the Silent Gatherers[1]

—A ketek by Navani Kholin describing the meeting of the Everstorm with a highstorm, collected by Nazh[2] 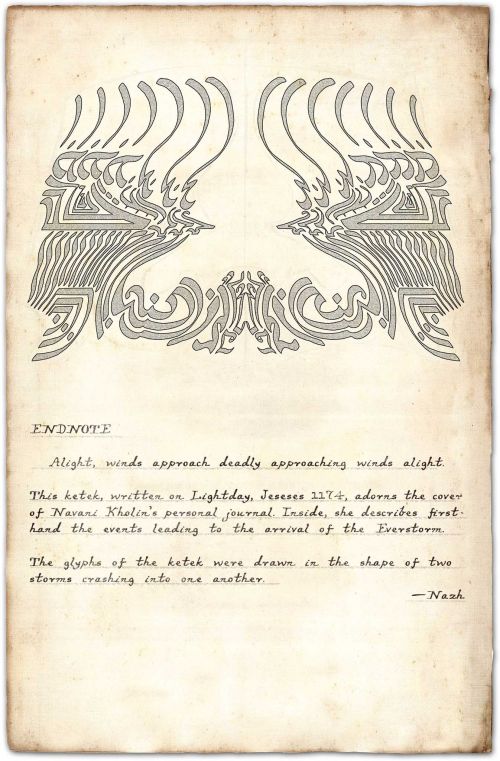 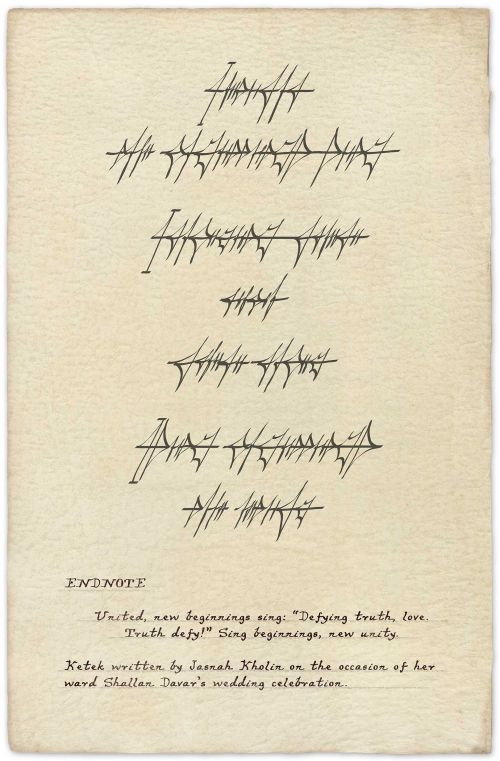 “Burdens, Our Calling. Songs of Home, a knowledge: Knowing a Home of Songs, called our burden. ”

—Ketek written by El, Fused scholar of human art forms, to commemorate the restoration of the Sibling[4]