She is short and curvaceous, with a large bust and a slender neck.[1][2][3] She has a wide mouth, thick lips, and green eyes.[2][4][3] She has black hair, although she reportedly has partial foreign ancestry and dyes her hair black to appear fully Alethi.[1] Her husband notes that she has never been considered a beauty and is not aging particularly gracefully, but he has always been attracted to her "dangerous" personality.[2] Her name is considered mildly blasphemous by the Vorin church, which holds perfect symmetry holy; this intrigued Torol when he first met her.[5] The couple often fondly scratch each other's backs.[2][5] Generally, she is a perfect Alethi woman in public, but likes to lounge in private.[2]

Ialai has been known to be underhanded since her youth.[6] She is constantly assessing every person and situation, looking for weaknesses to exploit.[4] Jasnah Kholin believes that Ialai is as shrewd as Torol.[3] Adolin Kholin notes that his mother Evi thought Ialai was clever and admired her wit.[7] Unlike most Brightladies, she enjoys food typically served to men.[6]

Ialai runs the best network of spies and informants in the warcamps at the Shattered Plains, and is able to keep it a closely-guarded secret.[2] Her network also includes assassins.[8] As the wife of a Highprince, she regularly attends notable events in Alethkar such as duels, feasts, and even military meetings, giving her personal access to a wide range of information and members of the nobility.[1][5][9] She can write using women's script.[10]

She and Torol are like-minded and regularly share information about the politics, personalities, and happenings of Alethkar.[2] They collaborate on schemes to increase their personal wealth and influence, typically with little regard for the welfare of others.[5]

Ialai married Torol Sadeas prior to the unification of Alethkar. It is likely that she and Torol were very young when they were married; at a feast around the year 1143 when Torol was approximately twenty years old, he and Ialai were married at that time.[6] At this feast, Dalinar first saw Evi; Ialai tried to persuade him to enter into a political marriage.[6] After Dalinar and Evi were married, Ialai and Navani often tried to convince Evi to be more assertive.[11] As the wives of two influential Highprinces who were often away in battle, Ialai and Navani often worked together during this time in order to maintain a stable kingdom.[12]

Ialai was also present when Torol won a King's Boon from Gavilar Kholin and subsequently defeated Yenev in a duel.[10]

During the War of Reckoning, Ialai lived in the Sadeas warcamp on the Shattered Plains. She was present when Shallan Davar arrived to the warcamps with news of Jasnah's presumed death and asked Shallan about the succession in Jah Keved.[3]

Ialai and Torol spent much of their time on the Shattered Plains conspiring against the other highprinces and currying the King's favor while simultaneously defying the authority of the throne.[5] Dalinar Kholin was a longtime rival of Torol's, and he and his son Adolin were often the target of their plots.[5] They became uneasy when Dalinar nearly executed a plan that would have allowed Adolin to challenge Torol to a duel, and they vowed to destroy Dalinar by any means necessary.[8]

Using her spy network, Ialai uncovered Navani's notes on Dalinar's visions. She altered the notes in a way that was intended to defame Dalinar and released them at a lighteyed feast.[13] However, Dalinar embraced the release of the visions and was able to maintain his credibility.[13] An unsuccessful attempt was then made on Dalinar's life when a carpenter in the Sadeas' employ intentionally collapsed a bridge while Dalinar was crossing it.[14] Ialai felt she had failed when Dalinar survives.[15]

The pair then considered a coup, but decided it was not necessary as Dalinar would likely be killed during his assault on the Parshendi.[15] However, they did not anticipate Aladar shifting his allegiance to Dalinar's cause.[15] The addition of Aladar's army to the combined Alethi forces during the Battle of Narak allowed Dalinar to hold off the Parshendi long enough to unlock the Oathgate to Urithiru.[16] 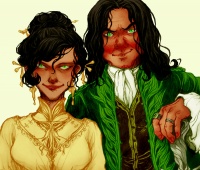 Ialai moved to Urithiru after the Battle of Narak and the advent of the Everstorm. Torol was murdered a few days after their arrival to Urithiru.[17] Ialai initially threatened to move back to the warcamps, although in reality she would not leave the seat of power.[4] She was genuinely upset by Torol's death, and believed that someone in the Kholin army killed him; she lashed out at Adolin when he asked her some questions about the murder.[7] She was also angry at Dalinar, although she did not think he was the killer.[18] She enlisted Meridas Amaram to investigate Torol's murder.[7] Amaram was not able to discover that Adolin was the culprit.

During this time, the Ghostbloods revealed that they were actively watching Ialai. Mraize personally posed as a Sadeas soldier in order to get closer to her. He believed that she was exceptionally unpredictable since she would always approach any situation with her own motives ahead of all others.[7]

After Torol's death, Ialai was no longer openly adversarial with Dalinar, which worried him since it meant she was likely undermining him behind his back instead.[19] She named Amaram the new Highprince of House Sadeas, in an affront to Dalinar's authority.[20] She attended the meeting of monarchs when Dalinar was trying to unite Roshar, defying tradition by refusing to carry her own chair.[12] She tried to sabotage the Kholin's efforts by suggesting an invasion of Shinovar and insulting Queen Fen.[12] At a later meeting of the remaining coalition, she and Ruthar verbally sparred with Jasnah, indirectly causing Dalinar to have a revelation that the Voidbringers were likely to attack Thaylen City instead of Jah Keved.[19]

Amaram and the Sadeas army joined Odium's forces during the Battle of Thaylen Field,[21] but were ultimately defeated by the Knights Radiant and their allies.[22] Amaram was killed, and Ialai left Urithiru in disgrace.[23]

This page is complete!
This page contains all the knowledge we have on the subject at this time.
Big Smooth (talk) 17:02, 13 August 2020 (UTC)
Retrieved from "https://coppermind.net/wiki/?title=Ialai_Sadeas&oldid=132471"
Categories: