From The Coppermind
Revision as of 02:57, 1 January 2020 by LadyLameness (talk | contribs) (We should probably stop abusing our staff powers now. I love you Chaos, thank you for the sweetest, nerdiest, most wonderful, and utterly romantic proposal. Yes with all my heart. <3)
(diff) ← Older revision | Latest revision (diff) | Newer revision → (diff)
Jump to navigation Jump to search

Welcome to the Coppermind, the comprehensive wiki about Brandon Sanderson, his novels, and the cosmere, by the official Brandon Sanderson fansite, 17th Shard. Want to know more about the Stormlight Archive, Mistborn, Elantris, Warbreaker, the Alcatraz series, and Brandon's numerous short stories? You've come to the right place! We have 3228 articles and we're expanding frequently!

Discovering us for the first time? Did you know that all of Brandon's adult fiction entries are all set in the same universe? It's true! They are all in a universe called the cosmere, sharing the same mythology, rules to magic, and more. Some reading you might want to check out as an introduction:

Looking for something in a specific book or series? Check out:

Want to help with the wiki? Scroll on down to the help section for some guides and some places to start. Also check out the Editor's Corner.

Visit our about page to learn more about who we are. You can talk to us directly on the Coppermind forums or on Discord. For news related to the Coppermind see the official blog. Very old news can be found here. 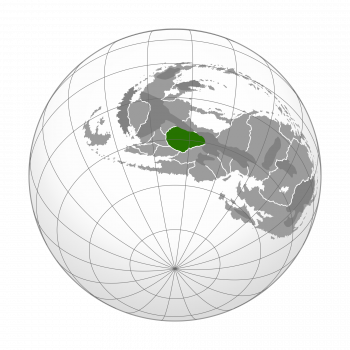 by Otto didact
A locator map of Azir

“ You underestimate your importance. Azir's Oathgate will be vital, and you are the strongest kingdom of the west. With Azir at our side, many other countries will join with us. ”

Azir is a kingdom in southwest Roshar. Its capital is Azimir. The people and language of Azir are both referred to as Azish.

Azir is a land-locked state in southwestern Roshar, in the geographical region known as Makabak. The largest Makabaki state, it covers an area of roughly 1,343,000 km2, making it the seventh largest nation on the planet. To the southeast, it is bordered by the nation of Emul along a river that serves as Azir's only way to access the sea. The smaller nations of Tashikk, Yezier and Desh lay to the west, while in the north, it shares a long border with Yulay.

Like most of Makabak, Azir is rather dry and warm compared to the rest of the continent, though it is still cooler than Iri. There are broad plains and few rivers. A vast mountain range stretches across the country's northern and northeastern edge, with a wide pass leading due north to Yulay. The tower-city of Urithiru is not far from Azir, in the peaks directly east of Azimir.

Not to fear! We have some guides to help you through the editing process. Our New Editor's Guide has information on editing for people of any experience level. We also have more in-depth pages explaining style, article structure, discussion, and speculation.

Happy editing! Feel free to talk on our Coppermind forums or our Discord if you have additional questions.